After a successful run of Cops and Monsters Season One on Amazon Prime, I’m delighted to say that Season Two is now in development.

I’ll be writing episode two of the series, and am in great company. Fraser Coull, myself and James T Harding return from series 1, alongside Philip Lawrence, Simon Underwood and Debbie Moon, creator of Wolfblood. I’ve read all their episodes, and they’re brilliant – can’t wait to see them on the screen!

It’s all go with the show – I’m working on the final draft of my episode now, we’re crowdfunding for Season Two, Episode One (Debbie’s episode, Remembrance), the show was featured in SFX magazine, and we’ll soon be on a panel at the brilliant Nine Worlds 2018 convention in London.

Myself, Debbie, Philip, Fraser and series editor Anne Nicholson recently held a panel on Cops and Monsters at MCM ComicCon, which was great fun. We had a blast taking some really interesting audience questions, I did some possibly ridiculous impressions of zombies (why not eh?), and some audience members actually came on stage to get their photos taken with us which made me feel like I was being announced as a cast member in a new Marvel movie.

Eat your heart out, Chris Evans.

Here’s some shots from ComicCon, with all credit to @IggyvstheOnions. 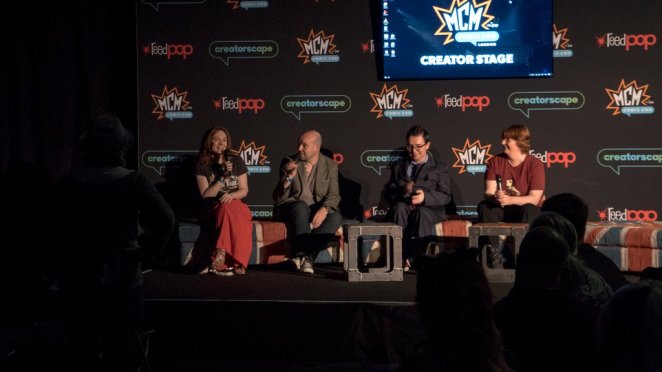 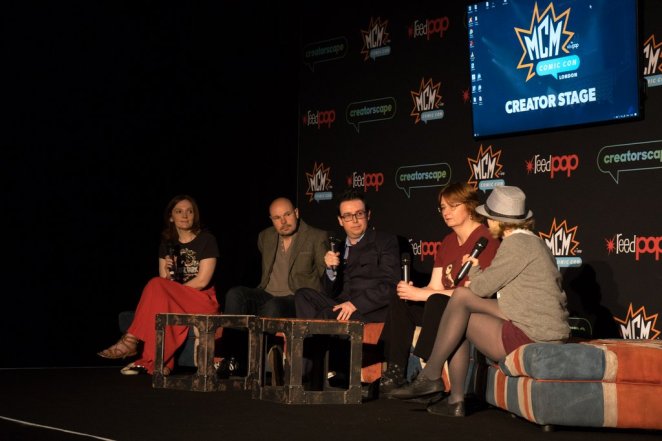